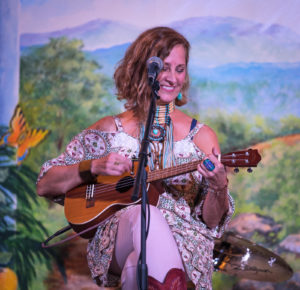 Laura Lynn Danley is a very talented singer, songwriter and one-half of the accomplished duo, along with Justin Patterson, known as Ten Penny Gypsy.

Laura’s songs are insightful, soulful and capture everything from waves by the sea to a field of flowers.  Her voice is as clear as a bell and soft as a whisper.  She and Justin complement one another beautifully.

If you haven’t heard this duo, you’re missing something special.